Therefore according to the above advertisement and the table that allows you to approximately date your Frister & Rossmann sewing machine, the manufacturing of "FB model", a copy of Singer Family 12, could have started since 1870. The company may have started selling this model as treadle machine in Germany.

Assuming that this model was an improvement over the first model produced. This machine was sold by "sole agent" Hermann Loog at 128 London Wall, London.

F&R introduces this new special device for automatically disengaging the bobbin when  it is reeled, and comprises a special arrangement of "Carter's valve " and guide frame for facilitating the introduction of the thread. In a short time a new version was made.

F&R for the occasion made some expensive special sewing machines.

Hermann Loog was in charge up to the end of December 1886 . On January 1887, Samuel Loewe was the new company's agent, based in 127 London Wall. Last serial number badged 128 london wall is 540.177 and the first serial number badged 49 fore street is  539.711 . F&R may have stopped sending machines to Hermann Loog at 128 London Wall at one point but for sure they did not stop the production in Berlin ! How many of those machines in stock at 128 London Wall , badged or not badged went they back to F&R ?

If anyone has any F&R fiddlebase model with higher serial number, I would be happy to add it to my archive and the website. 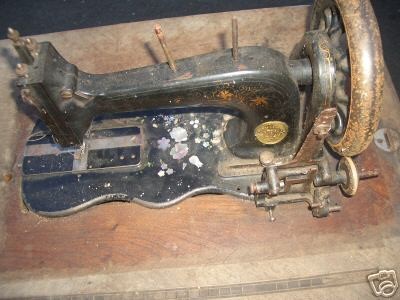 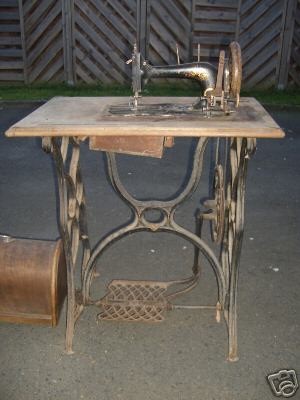 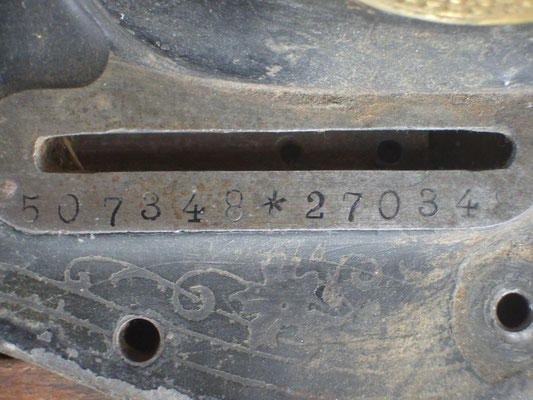 The above treadle was maybe one of those made for the special occasion of a total production of  500.000 sewing machines .

In England you could find mostly handcrank sewing machine with the treadle purchased separatly.

I dont know how many different decals were made for the german customers or exported but not to England.

not records in between

not records in between

Between 1887 and 1888, two badges were used on the English market. The first badge resemble the 128 London Wall  and the second similar to those made for the German market.