In 1868, Max Carl Gritzner, was a citizen of the United States and he was temporarily residing at Bruchsal, in the Grand Duchy of Baden.

He have invented certain new and useful improvements in mechanism for making button-holes and zig-zag ornaments, sewing around edges, &c..

In 1872  Max Carl Gritzner  founded a company to produce sewing machines, bicycles and motorcycles based in Durlach who became  the  largest  sewing machine factory in Europe.

In 1881 the factory was completely destroyed  by fire, ribuilt and then added the production of sewing machines furniture.

In 1886, the company was converted into a Aktiengesellschaft by the name of "Nähmaschinenfabrik, formerly Gritzner & Co, A.G." with stock exchange listing in Berlin and Frankfurt.

In 1891 opening of its own iron foundry and a Department of steam machines and pumps.

In 1897 the company started production of bicycles, which were built under the brand "Turmberg".

From 1903  motorcycles were produced. Even pumps and steam engines were temporarily in the production program.

In 1905 the company works covers a floor area of 90.000 sqm and produces with about 3.000 workers and 6 steam engines with 1.700 horsepower and with 2.000 working machines, an average of 400 sewing machines per day. The conceived in constant increase in production capacity for bicycles and motorcycles amounts currently 20.000 pieces per year.

In 1913 over 2 Millions of sewing machines were produced and over 3.700 workers employed.

In 1931 the company Gritzner merged with the "Palatine sewing machine  and  bicycle  factory formerly Gebrüder Kayser AG" in Kaiserslautern for "Gritzner-Kayser AG".

In 1955 another major fire destroyed the entire sewing machines factory in Durlach. Weakened Gritzner-Kaiser is easy prey for a competitor based in  Kaiserslautern, GM Pfaff AG.

In 1957 the factory was rebuilt by the GM Pfaff AG that takes over the majority of shares.

In 1958 the Gritzner-Kayser AG took over the production facility of motorcycle works for Mars models Monza and Milano, which were delivered in a variety of colors (often: blue, white and red and white). They existed as mopeds (Supersport Monza, Monza Super Sport  Deluxe, sk Milano,  Monza sk)  and as a normal scooter. It Sachs and ILO motors are installed. The moped  Supersport Monza Deluxe is now sought after by collectors.

In 1965 converted to the operating lease assets at Pfaff into a GmbH. 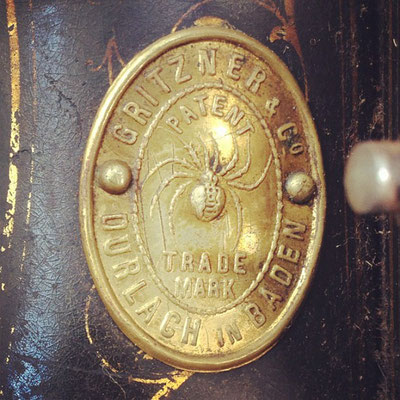 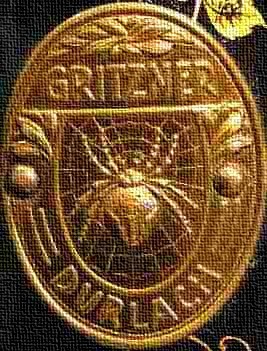