1.360  Bryan Atwater, of the State of Connecticut, U.S.A. for an invention for an improved sewing machine.These improvements consist, Firstly, in an arrangement of one or more guide plates with respect to the bed plates and the need le, or the path of the latter, in such manner that n loop of the thread of the needle may be formed between the plates, or aside of one of them and subsequently, by the forward or feeding movement of the cloth, be carried against the rest or the top of one of the plates in such manner as to cause the bow of the loop to spring upward into a proper position for the loop to receive the needle during its succeeding descent. Secondly, in an improved arrangement of the guide plates with respect to one another, the needle, and the bed plate, that is so that there may be a space between the bed plate and the upper end or notch of the recessed guide plate  and the two guide plates be placed in such close proximity to one another as to hold the middle of the bow of  the loop in position and bridged across the recess of that one termed the recessed guide plate in a manner to enable the needle to pass into the loop on the next descent of the needle. Thirdly, in a peculiar mode of, or mechanism for, impelling the feeding foot. Fourthly, in a peculiar adjustable spool holder. These several improvements cannot be described without reference to the drawings. Complete Specification. Deposited and recorded June 15, 1858. 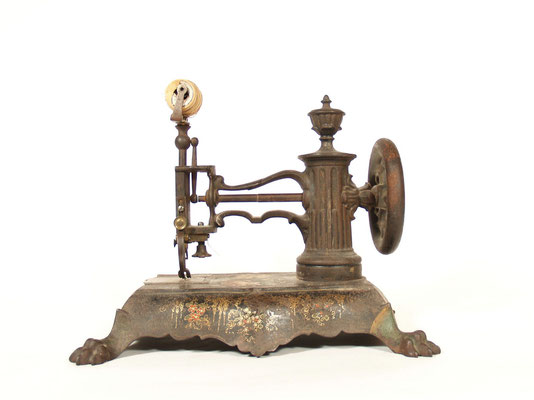 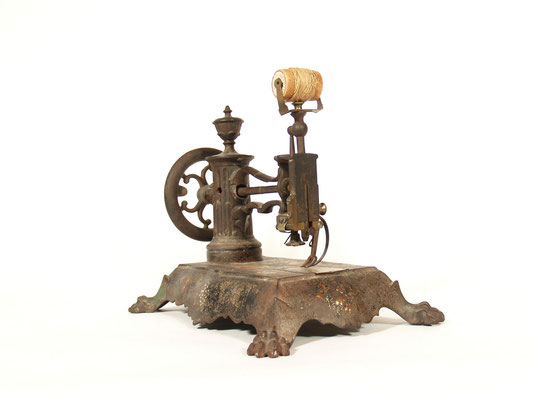 Bryan Atwater's 1857 USA patent was subsequently registered in the UK one   year later. This chain stitch machine had a feed dog arrangement operating from above the fabric being sewn.This, combined with the lack of a mechanical looper or hook, resulted in a machine whose underside was devoid of moving parts. The machine certainly functioned and was successfully marketed for several years.